We’d like to introduce you to a few people who will be changing the face of democratic politics in PA – the new leadership at the Pennsylvania Democratic Party. Recently, there were changes at the state party, including a new Chairman, Marcel Groen, and a new Data and Western Regional Director – Megan Winters. Other staff members will be joining the state party soon, and we’ll announce them in a future post.

In an effort to introduce you to the new leadership at the Pennsylvania Democratic Party, we’ve added biographical information on Marcel and Megan below.  Please take a moment to welcome them and wish them luck in their new positions. 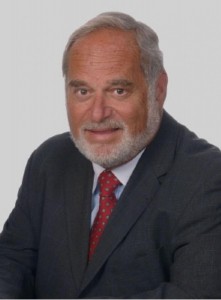 He is a partner at Fox Rothschild LLP, one of the top 100 law firms in the Country; working out of the the Montgomery County, Pennsylvania office, where he counsels clients on governmental relations, public-private partnerships, real estate, business and corporate matters, family law and municipal and administrative law.

Marcel can be reached at PAdems.com and via email. 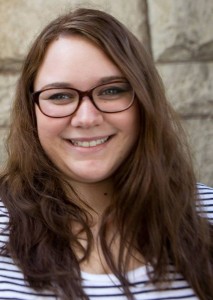 Megan was recently appointed as Data and Western Region Director of the PADems State Party. She will be working out of the Allegheny County Democratic Committee offices on Forbes St. in Downtown Pittsburgh. Most of us in Mt. Lebanon know Megan as one of the most active and engaged people in our area, but for those who don’t yet know her, here’s a little information:

Megan graduated in 2014 from Duquesne University with a degree in Political Science and Sociology. She currently resides in Pittsburgh, where, in addition to her duties with PADems, she is the President of Pennsylvania Young Democrats, and the previous Executive Director of the Allegheny County Democratic Committee. She is also the Vice President of the Allegheny County Young Democrats, the Secretary of the Steel City Stonewall Democrats, and the Finance Chair for Pittsburgh’s New Leaders Council chapter.

The issues that matter to her most are women’s rights, LGBT protections, fair and free access to the polls, and campaign finance reform. Follow her on Twitter, friend her on Facebook, or send her an email.

Get Updates Via Email

If you're running for office and would like your information to appear on our website in the Candidates area, please fill out our short form.

Get Updates Via Email